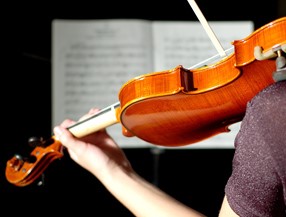 In 1993, Anders Ericsson of the Institute of Cognitive Science, University of Colorado undertook a study of what makes for ‘expert performance.’  With the help of students and staff from the Berlin Music Academy, he acquired a huge amount of data about the lifestyles and habits of a cohort of talented students, and he correlated this information against the staff’s frank assessment of where each of the talented students would end up: some, they said, would become world-class soloists; others would become established orchestral players; the rest would end up teaching music. Was there, Ericsson asked himself, anything in the data that would cast light on these career trajectories, or was it all just doen to innate talent?

It was Francis Galton, the nineteenth century English scientist, who had first explored the concept of superior or expert performance.  His wide study of the field had concluded that talent was a key determinant. Many who became experts in various fields, he’d noted, had themselves an expert relative – and so it was all about genetics (even though he wouldn’t have called it that).

Ericsson noted something different: that although clearly basic talent was a driver, becoming expert also had a lot to do with hard graft: simply putting in the hours!  His scientific study showed that those who would join either the world-class soloist or orchestral player groups practiced (on average) 24 hours per week, as opposed to just 9 hours per week by the future teachers.  This observation provoked a different way of thinking about superior performance, and a raft of new books such as Malcolm Gladwell’s Outliers and Geoff Colvin’s Talent Is Overrated,  their core theme inspired by Ericsson’s conclusion that to be really expert at something you need 10,000 hours of practice: 20 hours for 50 weeks a year for ten years.

But Ericsson had noticed something else, and something missed by Gladwell and Colvin’s narrow focus on the impact alone of time spent: that the future solo performers practiced not only longer, but  ‘smarter’ too, not for 3.5 hours a day flat out, but in short bursts of 90 minutes at a time, with breaks, rest and even short naps in between.  By doing so they were ‘noticing’ their innate ‘cyclicality’ – the body’s energy cycles of 60-90 minutes, after which we need to stop and regroup before moving forward again.

We imagine that we are like machines, don’t we – and we live and work in a world in which we think that hard work means being mechanistic: early starts in the office, and late finishes, and uninterrupted focus in between, with stolen moments for only necessary sustenance? In these more leisured summer months, perhaps dare to notice your (God-given) innate rhythm – and noticing, adapt… And by adapting, work smarter and excel!