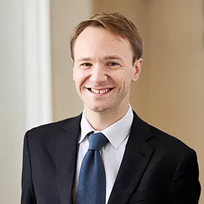 Joseph Fort to be Director of Music at St Paul’s Knightsbrige, London SW1

Dr Joseph Fort is to be Director of Music at St Paul’s Knightsbridge, in succession to Dr Stephen Farr and following the very successful inter-regnum led by Mr Daniel Ludford-Thomas.

Joe is a conductor and musicologist based at King’s College London where he is a Lecturer in Music and is College Organist & Director of the Chapel Choir. He holds a PhD from Harvard University, and prior to that studied at Emmanuel College, Cambridge and the Royal Academy of Music, who recently elected him to their Associateship.

As a conductor, he has broadcast on US and UK radio, and has a growing discography. His recent recording of the Double Masses by Leighton and Martin was described by Gramophone Magazine as ‘a performance of astonishing intensity and musicality’, and his new collaborative disc of music for choir and electric guitar with Sean Shibe was released earlier this month. His research focuses on eighteenth-century music; he has contributed chapters to a number of books, and is currently completing a monograph on Haydn’s minuets.

Canon Alan Gyle said, “Joe is an outstanding musician of established reputation, and a man of energy and imagination; we are delighted to have him join the team and look forward to working with him.”  Joseph said, “I am thrilled to be joining the staff at St Paul’s Knightsbridge, and look forward to meeting everyone soon!”   Joe will take up the role from Advent Sunday 2021.